Letterboxd have released their 2022 year in review. I love these roundups because they’re usually pretty great at bubbling up some gems. It’s not any one person or publication’s opinion of the top films of the year, it’s aggregate opinions across the kinds of people who like to track their film-watching across the year.

Well, I’m one of those kinds of people, so it’s probably a good time to look at my own stats for 2022.

I logged 115 films in 2022. The second-highest number of films in a year since I started tracking this a decade ago. Although technically I watched more because I don’t count the films that I watch (and rewatch, and rewatch) with my kids because that feels like I’d just be cheating my numbers.

Here are my highest-rated films that I watched in 2022 that were released 2022:

And here are my highest-rated films that I watched in 2022 from earlier: 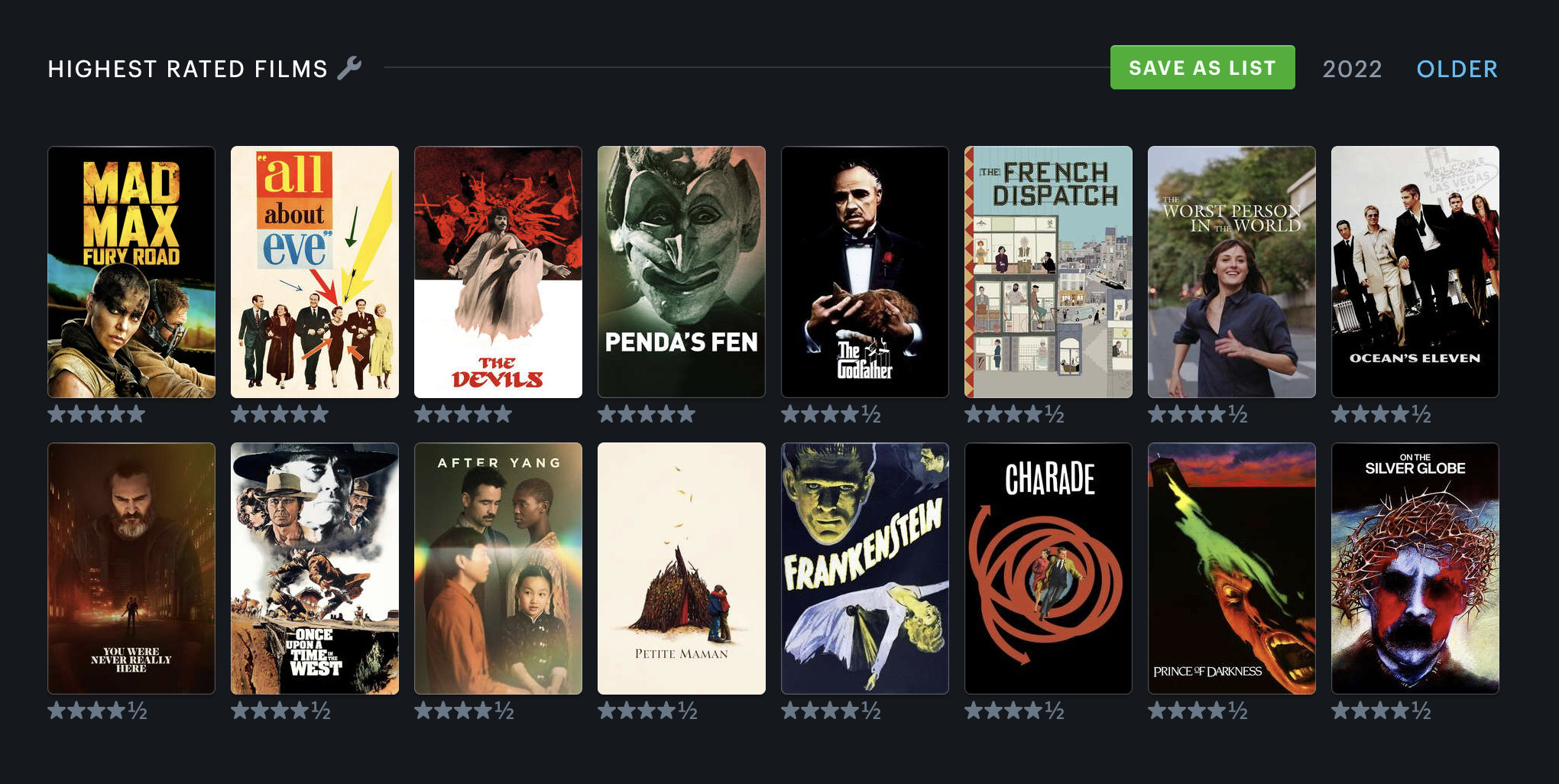 Most of these were first-watches for me, trying to close out some obvious blindspots (I’m in my 40s and had never seen Once Upon a Time in the West). Penda’s Fen was a real standout. I watched this as part of Severin Films’ incredible box set of folk horror because it’s got some great extras, but you can just check it out for free on YouTube right now (and you should).

Apparently my most-watched actor in 2022 was Scott Adkins, the best stunt-actor working today. But my most-watched director is George Pollock, a man mostly known for directing cozy Agatha Christie adaptations. 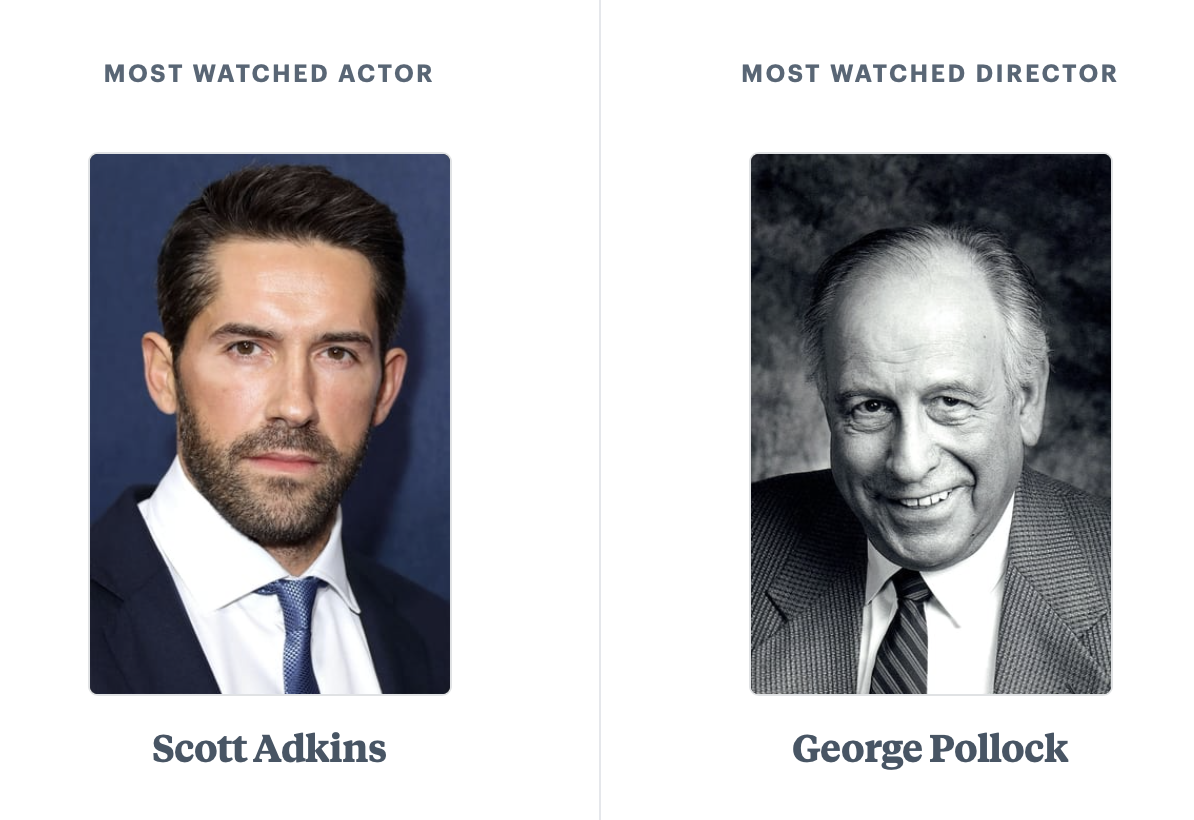 I contain multitudes, I guess.