Congrats to Simon Stålenhag, but I can’t help feeling like, culturally, we’ve scraped right through the bottom of the barrel and found more barrel to scrape.

Chance The Rapper Bought Chicagoist And Announced It In Newly Released Song: Gothamist

I have a lot of time for Chance the Rapper and it’s precisely because he’s always doing things like this. Almost everything he does is a statement of intent, like this one supporting local, community-driven journalism in his home town.

Today, we’re announcing that Pinterest has entered into an agreement to transfer ownership of Instapaper to Instant Paper, Inc., a new company owned and operated by the same people who’ve been working on Instapaper since it was sold to betaworks by Marco Arment in 2013. The ownership transfer will occur after a 21 day waiting period designed to give our users fair notice about the change of control with respect to their personal information.

Worth noting that today, almost two months since GDPR came into effect, Instapaper is still unavailable for users in Europe. GDPR isn’t a particularly hard thing to enforce unless your entire business model is built around doing shady things with your customer’s data.

One good thing to come out of the heatwave Ireland is currently enjoying: the sun is basically X-raying the ground for underground monuments. Take a look at the rest of the pictures on Mythical Ireland’s Facebook Page – they’re genuinely stunning.

(I try to post reviews of all the films I watch over on letterboxd. Here are the most recent reviews I’ve written)

Since my daughter was born, certain films hit me way harder than they otherwise should. Anything involving a child in peril is danger territory for me. Throw in a father trying to protect the child-in-peril and I’m completely screwed. I’ll be a wreck. For example, War for the Planet of the Apes had me absolutely sobbing in the cinema.

A Quiet Place is exactly the kind of film that hits me harder than it probably should, what with John Krasinski’s kind-faced father bringing the pathos like a doe-eyed hammer. Throw in a nihilistic pre-credits sequence to establish the stakes and, yeah, I hadn’t a fuckin hope.

Some late-game rule-changing to score a cheap emotional hit kinda ruins it a little, but it’s still a tight, tight film.

The only thing really missing from this film was a Rodney Dangerfield cameo where he comes out and tells the cops and the mounties to lighten up before turning on really cheesy hair rock music and starting an impromptu dance party.

As light and nutritionally void as the first film, but slightly shorter on charm.

My continuing education in the less-“worthy” Polish film canon continues with this, a sub-Love/Hate gangster film set in Warsaw. The writer-director, Patryk Vega, is described as the Polish Guy Ritchie. And from what I’ve seen of his films so far, maybe people mean Revolver-era Guy Ritchie? I dunno.

The film itself is a regressive, homophobic and insecure piece of filmmaking. The main character, “Miami”, is a quote-unquote “tough” quote-unquote “sexy” quote-unquote “cop”. No woman can look at him without wanting to fuck him. No man can look at him without wanting to fuck him. “That was the best sex I’ve ever had” says one of his lays. “Coffee?” a detective offers him. “I bet you take it black.” Yes, he’s a hard-fuckin, hard-drinkin cop. Oh, and when the suits in internal affairs take away his badge, he tells them to give it back or he’ll kick the shit out of them. And they do.

It’s that kind of film. The kind we haven’t really seen since Joel Silver cut down on his cocaine intake.

I’ve read a lot of reviews saying that based on this film, it won’t be long before Hollywood comes knocking at Patryk Vega’s door. And I don’t doubt that’s true, but only because they just need any new blood. But the real person who should be tapped for better things is the cinematographer. This film is total garbage, but at least it’s handsome garbage.

The music is just helpful context.

Why does everyone keep saying what a great comedian John Cena is? Or even Leslie Mann, for that matter? All these huge comedy stars playing the parents and they got DEMOLISHED by the kids in this film. Very weak.

I fucking LOVE this film. It’s my ultimate comfort film.

There’s a bit, a plot point, where Mary McDonnell was pretending to be hooked up with Stephen Tobolowsky on a computer date to get his office access card and his voice print and stuff and she gets stung. Except they make it look like she’s not stung. And then, being a pro grifter, she goes “This is the last computer date I go on” and Ben Kingsley mafia-hacker goes “A computer would never match her with him, I SMELL A RAT”.

BRUH IT’S 2018 AND NETFLIX STILL KEEPS RECOMMENDING I WATCH THE BIG BANG THEORY I THINK YOUR SHITTY 1993 COBOL DATING PROGRAM IS PROBABLY NOT AS FUCKIN SOPHISTICATED AS YOU THINK IT IS.

My first legit Polish-language film I’m watching for language homework rather than because of ‘merit’ or whatever and it’s about a middle-aged man-child who spends too much on old videogames and gets berated by his partner. Oops!

The film started to lose me in the middle when they suddenly turned the “plot” dial up a thousand notches. But it really lost me when a guy tried to convince his girlfriend to leave the mental hospital she was checked into. “But I need my meds! If I don’t have them, I don’t know what will happen!” “It’s okay because we’ll be together”.

Stanley Kubrick Explains the Ending of 2001: A Space Odyssey

I think the only time I’ve ever actually seen Stanley Kubrick explain the ending of 2001 in such unambiguous terms.

The clip is taken from a series of interviews (mostly with Vivian Kubrick) conducted by Jun’ichi Yaoi while he visited the set of The Shining for an unaired Japanese documentary on the Paranormal. The rest of the video is fascinating.

A pay-what-you-want font designed by indestructible type as an updated, modernized Futura.

This is a terrible precedent for the company to set, and you can see why in the reaction from the quote-unquote ‘fans’ on reddit: “We’re literally running the company now… the moment a dev steps out of line or try to talk back to a player, guess what, they’ll know we got their hands on their throat and we can squeeze any time we like”. 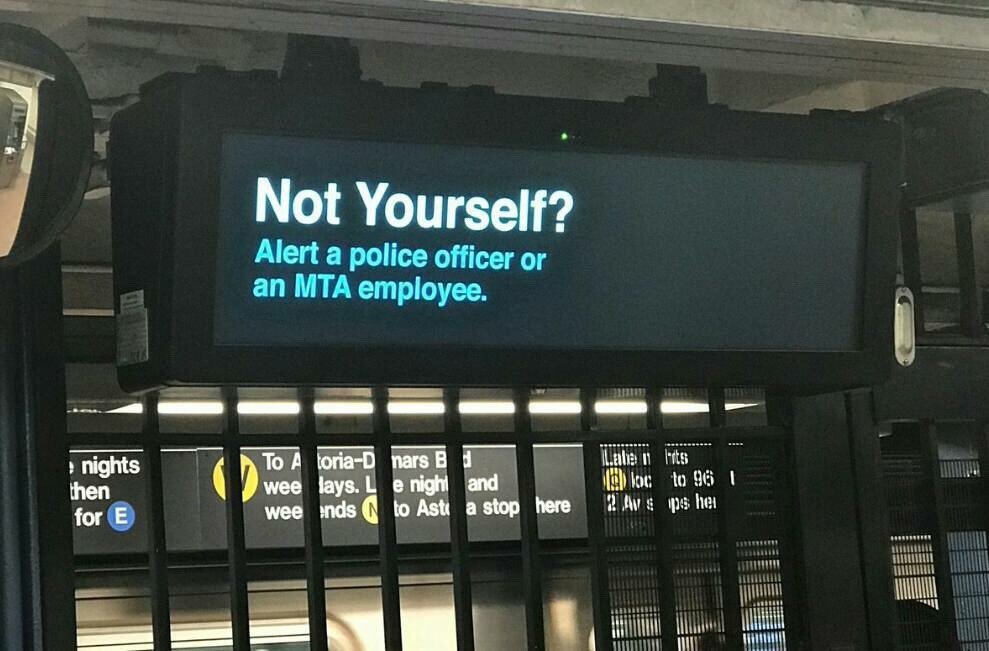 This might be old news to other people, but I just found out that DJ Shadow has a podcast. Well, it’s a limited-series podcast of a 7-episode show he ran on an L.A. radio station last year. It’s basically a giant mix/unofficial new album. Two episodes out so far and they’re both really great.